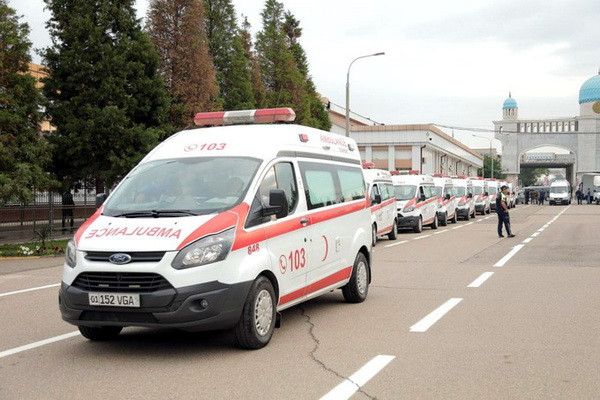 Tashkent, Uzbekistan (UzDaily.com) -- Yesterday, 13 May at 18:05, a working group headed by Deputy Ministry of Emergency Situations A. Latifjonov, created by resolution of the Government based on the operational instructions of the President of the Republic of Uzbekistan, arrived at the central hospital of Zhualyn region, met with heads of competent authorities and carried out joint organizational and practical activities.

At 23:40, the delegation left the central hospital of Zhualyn district, and on 14 May at 04:55 arrived at the Gishtkuprik customs post, which is located on the border of Uzbekistan and Kazakhstan.

It should be especially noted that the authorities of Kazakhstan, competent persons helped in the elimination of the consequences of the accident and the provision of emergency medical care.

Together with the ministries of emergency situations, internal affairs, foreign affairs, health and transport, the bodies of the two victims were sent to Bukhara and Khorezm regions. At the moment, local khokimiyats are carrying out preparatory work for the ceremony. Today, on 14 May, another citizen died from an accident. At the moment, the necessary measures are being taken to transport the deceased.

18 citizens out of 23 brought were placed in the Republican Scientific Center for Emergency Medical Care, five were allowed to return home because of their good condition.

At the moment, the condition of the citizens placed in the center is under the strict control of doctors and the necessary procedures are being carried out.