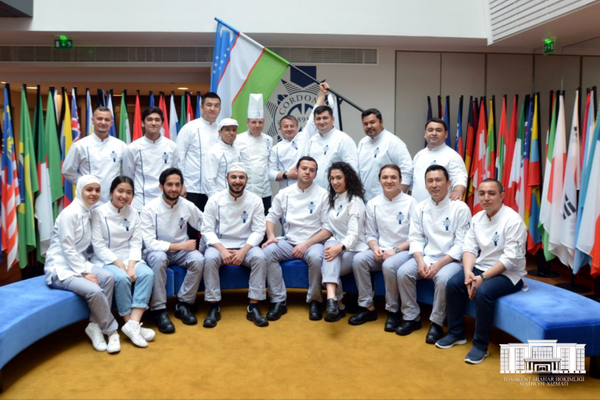 Tashkent, Uzbekistan (UzDaily.com) -- For socio-economic support and professional orientation of the youth of the capital, as well as the development of gastronomic tourism, the city khokimiyat of Tashkent held talks with the Paris Culinary Academy Le Cordon Bleu on training courses for youth for a period of three months to one year.

An agreement has been reached with Le Cordon Bleu to organize courses in English and French in 2022 on cooking, baking, winemaking and management for 56 young people over 18 years old.

22 young people have already been sent to Paris, the remaining 34 students will leave to study at the Academy in July and September this year.

It should be noted that a bilateral agreement was signed between the khokimiyat of Tashkent and 56 young people, according to which young people who have completed the courses undertake to organize their own business in our country in the field of cooking, confectionery and bakery products.