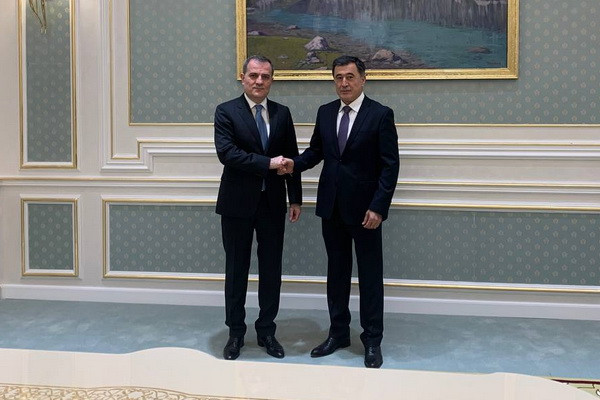 The heads of the foreign ministries discussed topical issues of bilateral cooperation in the political, trade, economic, transport and communication, cultural and humanitarian spheres.

The parties highly appreciated the current state of strategic partnership relations, which are based on the centuries-old historical ties between the two fraternal peoples and the trusting relationship that has developed between the leaders of Uzbekistan and Azerbaijan.

Recently, there has been a significant intensification of contacts between business circles, and direct air traffic connecting Tashkent with Baku has been resumed.

In this regard, mutual readiness to search for new opportunities for expanding mutually beneficial trade and economic ties, including through the implementation of promising projects in priority sectors and areas, as well as encouraging interaction at the regional level, was emphasized.

The parties agreed on the need to hold the eleventh meeting of the Joint Uzbek-Azerbaijani Intergovernmental Commission on Cooperation and the next round of inter-MFA political consultations in Tashkent this year.

Particular attention was paid to the issue of further deepening cultural and humanitarian contacts. A firm commitment was expressed to intensify humanitarian exchanges, promote the regular holding of joint cultural events on the territory of Uzbekistan and Azerbaijan, and implement projects in the field of tourism.

During the meeting, a thorough exchange of views took place on the most important aspects of interaction within the framework of international and regional organizations, including the Organization of Turkic States and the Shanghai Cooperation Organization.