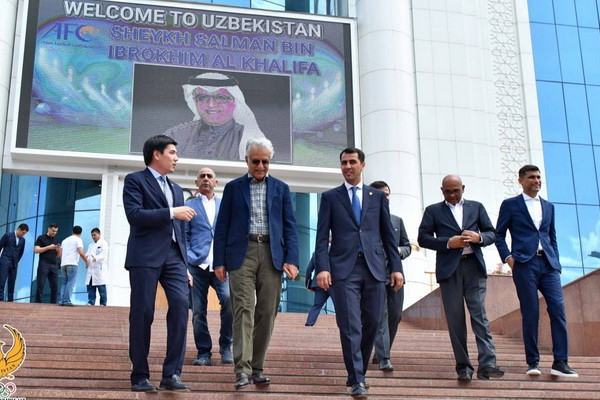 At the Tashkent International Airport named after Islam Karimov, they were met by the Minister of Sports Development of the Republic of Uzbekistan Adkham Ikramov, First Vice President of Uzbekistan Football Association Ravshan Ermatov and NOC Secretary General Oybek Kasymov.

During the visit to Uzbekistan, the AFC delegation will get acquainted with the work carried out for the development of football, preparations for the Asian Football Championship, which will be held in June in Tashkent and Karshi.

There will be a discussion of issues related to the further development of football in Uzbekistan.