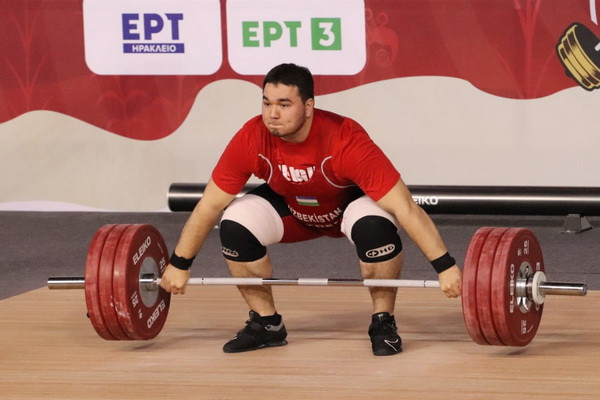 Weightlifters of Uzbekistan completed the World Championship with 12 medals

Weightlifters of Uzbekistan completed the World Championship with 12 medals

Tashkent, Uzbekistan (UzDaily.com) -- The World Youth Weightlifting Championship has ended in the Greek city of Heraklion. On the final day of the world championship in the weight category over 109 kg, our compatriot Mirkhosil Mirzaboev, who won 3 silver medals, climbed the podium.

The fight for the champion title in this weight took place between the Iranian Alirizo Yusufi and the Uzbek athlete Mirzaboev. But Yusufi’s snatch advantage was quite high, and this put the Iranian representative ahead. Mirkhosil Mirzaboev showed the result of 176 kg in the snatch, 212 kg in the clean and jerk and 388 kg in the sum of two exercises.

Thus, the national team of Uzbekistan completed the world championship with 5 gold, 5 silver and 2 bronze medals.