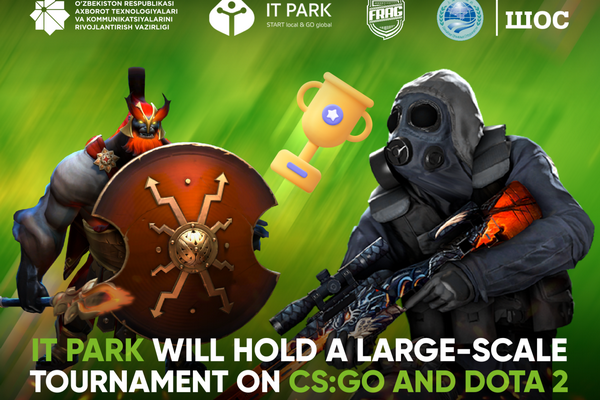 IT Park will hold a large-scale CS:GO and DOTA 2 tournament

IT Park will hold a large-scale CS:GO and DOTA 2 tournament

Tashkent, Uzbekistan (UzDaily.com) -- IT Park, with the support of the Ministry for the Development of Information Technologies and Communications of the Republic of Uzbekistan and the eSports Association of Uzbekistan, together with the eSports portal FRAG.GG, will hold a championship in CS:GO and DOTA 2 disciplines - SCO STUDENTS CUP among students of states -SCO members.

The event will take place within the framework of the SCO summit. The champions of their countries will arrive in Tashkent and within four days, on the stage, the winners will be revealed.

In this regard, all students are invited to the open qualifications of Uzbekistan - SCO STUDENTS CUP: UZBEKISTAN QUALIFICATION.

Thanks to the tournament, it will become known who will represent Uzbekistan at the upcoming international tournament.

The winners will go to the finals of the international tournament, which will be held in Tashkent, with a prize fund of 200 million soums.