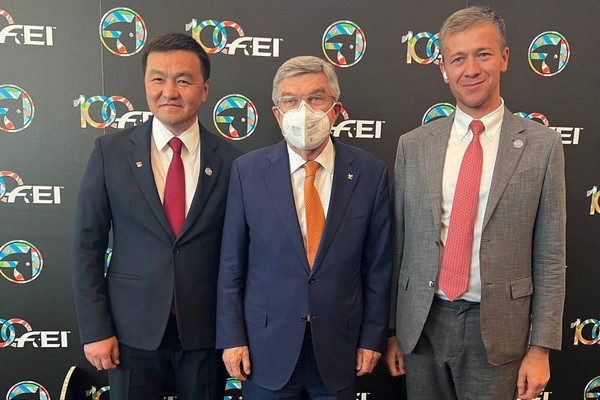 Tashkent, Uzbekistan (UzDaily.com) -- A sports forum of the World Equestrian Federation (FEI) was held in Switzerland, at which proposals were discussed to change the rules for triathlon, dressage and para-dressage, the conditions for these sports were revised, as well as for veterinary rules.

Within the framework of the event, experts and professionals in their field made presentations and explanations on a particular topic included in the agenda. The new proposed structure is intended to further expand the geography and increase the number of students involved in this discipline.

According to the press service of the Federation of Horse Breeding and Equestrian Sports of Uzbekistan, the sports forum dedicated to the 100th anniversary of the FEI brought together representatives of the National Federations of various countries of the world.

From Uzbekistan, the chairman of the Federation of Horse Breeding and Equestrian Sports of the country Bakhromjon Gaziev spoke at the meeting.

During the event, he met with the President of the International Olympic Committee Thomas Bach, the head of the International Equestrian Federation Ingmar de Vos, the FEI Secretary General Sabrina Ibanez and other high-ranking officials, discussed with foreign experts all issues on the way to the development of this sport in Uzbekistan.

All proposals for innovations and rules of equestrian sport at the sports forum submitted by the National Federations will be considered at the General Assembly of the International Equestrian Federation, which will be held this autumn.