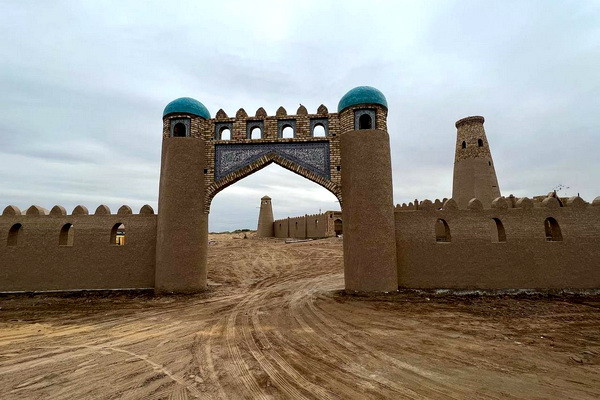 Tashkent, Uzbekistan (UzDaily.com) -- A new ecotourism zone with an area of 156 hectares is being created in Bogot district of Khorezm region. As part of a press tour organized jointly by the Ministry of Tourism and Cultural Heritage, the Agency for Cultural Heritage and the Khokimiyat of the Khorezm region, media representatives visited this facility and got acquainted with the construction process.

According to the Main Department of Tourism and Cultural Heritage of Khorezm region, two hotels, two restaurants, national-style houses, a concert arena, a zoo, a health center, swimming pools and 10 retail outlets will be available in the Kalajik Kala Oasis.

It is worth noting that the first stage of the construction of the new facility will lead to the creation of 350 new jobs in Khorezm region. After the completion of construction work, it is planned to attract 36,000 tourists to visit the zone during the year. In addition, the period of stay of tourists in this area is extended by 1.5 days.