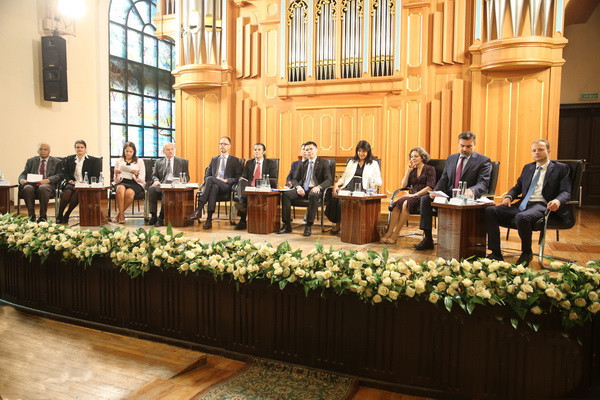 Tashkent, Uzbekistan (UzDaily.com) -- From 29 April to 18 May, the Art and Culture Development Foundation, together with the UNESCO Office in Uzbekistan, the State Conservatory and the Khokimiyat of Tashkent, will organize the 6th International Jazz Festival 2022.

The festival is timed to coincide with the 85th anniversary of the State Conservatory of Uzbekistan and the International Jazz Day, which is celebrated annually on 30 April.

Today, jazz is truly world, live music, because it is in jazz that the influence of various musical traditions is constantly felt. Maintaining a lively connection with both popular and academic music, jazz has rightfully become the music of high art.

The annual holding of numerous jazz festivals around the world is a vivid confirmation of this.

At the invitation of the Foundation, famous musical performers such as Igor Butman and Sabina Mustaeva, Hayk Grigoryan’s quintet, Mister Melvin and Cheremizov’s quartet, Till Brenner and Dieter Ilg, Tony Momrel will take part in the festival.

On 29 April, the pre-opening will take place with the participation of famous musicians Til Brenner and Dieter Ilg.

The main goal of the festival is to bring together musicians from Uzbekistan and abroad for concerts, master classes and creative meetings, creating an opportunity to plunge into an indescribable atmosphere.

Also at the festival will take part such bright representatives of the jazz world as Pat Appleton, trio Gregory Priva, Ginnetta Vendetta and many others.

The festival is held with the assistance of the embassies of France, Germany, Hungary, India, Poland, Slovakia, Switzerland and the USA.