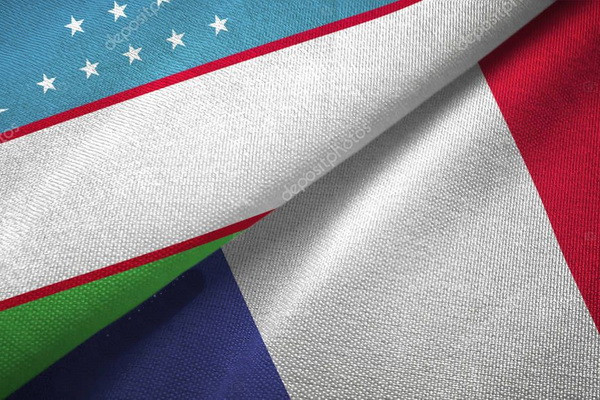 Tashkent, Uzbekistan (UzDaily.com) -- As part of the events organized on the occasion of the 30th anniversary of the establishment of diplomatic relations between France and Uzbekistan, the French Embassy in Uzbekistan invites an extraordinary and very talented singer Anne Baquet to Uzbekistan.

She will give her first concert on 30 April in the small hall of the State Conservatory and the second concert will be held on 1 May in the assembly hall of the music school No. 3 in Samarkand.

Anne Baquet (soprano) performs in a duet with her excellent pianist Daniel Nedonchel. As the daughter of the celebrated French actor and cellist Maurice Baquet, Anne received her musical education. After completing her studies, she decided to enrich her skills by studying dance and acting. All this influenced her career and repertoire, which is distinguished by its diversity.

In her youth, Anne decided to start her solo career with concerts "I would like to be a singer", "Tonight is my day", "Coincidences", "No, I don't want to sing" (over 600 performances to date).

Anne Baquet regularly performed in recitals in Paris and abroad. She has recorded CDs and DVDs for which she has received prizes, and has also contributed to the recording of the complete works of Henri Dutilleux for Deutsche Grammophon. Each concert of Anne Baquet is a kind of performance in which she performs works by various contemporary authors and composers of various styles.

Her repertoire is fully adapted for performance with piano accompaniment. The program of her concerts in particular consists of classical and pop music, as well as poetry. She is a favorite of the public, you can verify this by reading the reviews and comments of famous people who have attended her concert, for example, a review by journalist François Delétraz from Figaro magazine summarizes these many positive reviews:

“This evening is a delight from which I came out brighter, happier, as I witnessed something rare that the media would easily ignore. It's so unusual! It needs to be seen!”