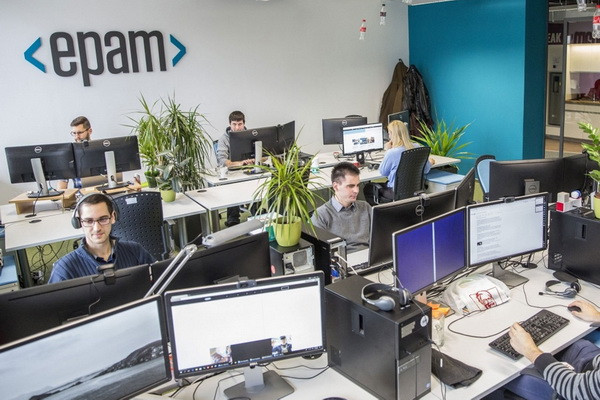 Tashkent, Uzbekistan (UzDaily.com) -- The Belarusian-founded IT company EPAM Systems has moved up to a thousand of its employees from Russia and Belarus to Uzbekistan, Forbes learned. Since 2019, the developer has an office in Tashkent, he is a resident of the local IT park. Earlier, EPAM Systems reported that it had decided to leave Russia because of a "special operation" in Ukraine.

One of the local entrepreneurs claims that the hotels in the country are full, and 80% of the people who moved from Russia and Belarus to Uzbekistan are “Epamovites”. According to data announced at a meeting of the President of the Republic Shavkat Mirziyoyev on 14 April about 3,000 foreign IT specialists have arrived in Uzbekistan since the beginning of this year.

EPAM representative Sofia Odintsova said that the company is not ready to comment on the relocation of its employees to Uzbekistan. According to the yuz.uz portal, a branch of the company in this country was opened in 2019, by mid-2021, about 150 specialists worked in it. EPAM is also a resident of the Uzbek IT park. Its members can apply for a number of tax benefits, including Gazeta.uz.

One of the EPAM employees, who is now in Uzbekistan, says that the company helped with the relocation - "both financially and with the search for an aircraft and housing." According to him, the company pays for the flight for the employee and his family, accommodation and per diem expenses in the first month. “It’s available to all employees who want to,” he says. In addition to Uzbekistan, according to him, the developer offers employees relocation to about 10 more countries. Among the popular destinations for relocation of EPAM employees are also Georgia and Armenia, he notes.