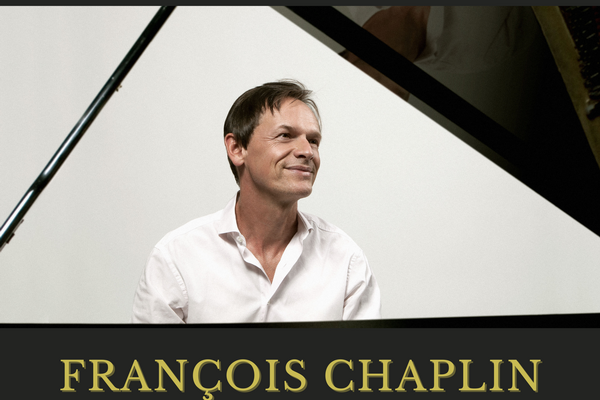 Concert of pianist Francois Chaplin to be held in Uzbekistan

Concert of pianist Francois Chaplin to be held in Uzbekistan

Tashkent, Uzbekistan (UzDaily.com) -- On the occasion of the celebration of the 30th anniversary of the establishment of diplomatic relations between France and Uzbekistan, the French Embassy, in partnership with the Delegation of the European Union to the Republic of Uzbekistan and the State Conservatory of Uzbekistan, will organize a concert by one of the best French pianists Francois Chaplin.

The pianist is today at the peak of his stage career. He solos with famous orchestras, participates in music festivals such as La Roque d’Antheron. In January 2022, the Aparté label released his new album consisting of the complete 19 Chopin waltzes.

Chaplin is a real favorite of French and European criticism. Each new disc recorded by him (Shuman, Chopin, Brahms, Scriabin, Debussy, Poulenc) becomes an event in the musical life of France. And his recording of the complete piano works of Claude Debussy is considered one of the best in the entire history of the composer’s discography.

As part of his visit, two solo concerts will be organized, the first will be held in Samarkand on March 9 and the second will be held in the large hall of the State Conservatory on 10 March. The program of his concerts included works by Chopin, Debussy and Fauré. Conservatory students will have the opportunity to meet him and take part in his master class. Entrance to his concerts will be free, so lovers of classical music in Samarkand and Tashkent will be able to fully enjoy the sound of world masterpieces.

It should be noted that this is not the first visit of the pianist to Uzbekistan. Francois Chaplin already visited Tashkent in May 2011. Then he gave the Tashkent audience two wonderful concerts, one solo and the second together with the National Symphony Orchestra of Uzbekistan under the direction of Zahid Khaknazarov with the performance of the piano concerto in G major by Maurice Ravel.

We invite all lovers of classical piano music. Free admission.