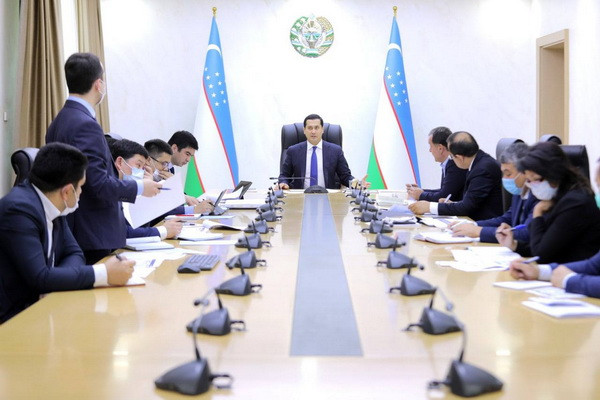 During the meeting, the leadership of the Association provided information on current indicators of production and export volumes, investment projects implemented and planned for implementation this year, as well as created and created jobs. In particular, in 2021, enterprises of the industry produced products totaling 4.4 trillion soums, exported goods worth US$423 million, attracted investments in the amount of US$202 million, of which US$76 million were foreign direct investments. As part of the localization program, import-substituting products worth 2 trillion soums were produced. In total, 11.2 thousand new jobs were created due to the implementation of projects this year.

The report on the state of the domestic and foreign markets of leather, footwear and leather goods with the designation of promising areas for exports of products of Uzbek manufacturers was considered. Target indicators for attracting investments, production and exports for the current year and the medium term were announced. Among the main ones are the achievement by the end of 2022 of production volumes in the amount of 4.8 trillion soums and exports of goods in the amount of US$450 million. It is also planned to implement 49 projects worth US$214 million with the creation of 12.5 thousand new jobs.

Instructions were given to create new production capacities, deepen the processing of raw materials, increase export potential and increase the competitiveness of domestic leather, footwear and leather goods.

It was instructed to pay special attention to the analysis of imports in the industry and the development of proposals for the localization of the production of imported equipment, components and chemicals used in production.

It was pointed out the need to attract a wide range of domestic producers of the sphere to participate in international industry exhibitions, as well as to organize business missions abroad to promote domestic products in foreign markets. The importance of strengthening the work on training personnel for the industry and improving the skills of personnel of enterprises operating in the country was also noted.

The representatives of the Association voiced the developed proposals for the further development of the industry: financial support mechanisms for the initiators of investment projects, measures to attract foreign specialists and consultants, modernize existing production facilities and ensure their safety for the environment, introduce relevant technical regulation mechanisms and other measures. These proposals were comprehensively studied - guidelines were given for their refinement and practical implementation.

Following the meeting, additional instructions were given to further develop the industry and ensure the timely achievement of targets.