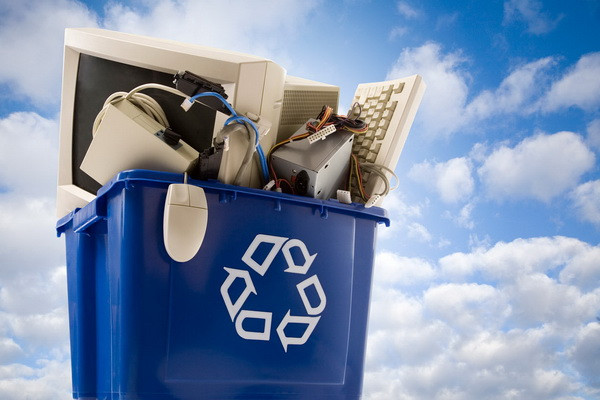 Recycling e-waste benefits both nature and the economy

Recycling e-waste benefits both nature and the economy

Tashkent, Uzbekistan (UzDaily.com) -- According to a study conducted by UN experts on e-waste in Uzbekistan and Central Asia, over the past decade, the amount of e-waste in landfills in the CIS countries and Georgia has increased by one and a half times. The study shows that from 2010 to 2019, the volume of purchased electronic equipment increased by only 10% - from 2.9 million tonnes (10.4 kg per capita) to 3.2 million tonnes (11.0 kg per capita).

However, over the same period, e-waste has grown by almost 50% and now stands at 2.5 million tonnes (8.7 kg per capita). The researchers concluded that only about 3.2 percent of e-waste is recycled. The report also highlights the circumstances in Uzbekistan.

Compared to neighboring countries, the study shows that legal protections in Uzbekistan were significantly lower than in most CIS countries, and the infrastructure to deal with this problem was weak. He also noted that the collection rate was below 1%, which is well below average.

In addition, the report notes that despite the existence of a theoretical infrastructure in Uzbekistan for handling e-waste, its “functions are limited” and the country does not regulate the disposal of e-waste, as in other countries such as Belarus, Kazakhstan and Russia. Uzbekistan has not yet signed international treaties, including the Rotterdam Convention on Prior Informed Consent for Certain Hazardous Chemicals and Pesticides in International Trade, which would be an important step towards making progress on this issue.

The total cost of these materials exceeds US$2.6 billion, said one of the researchers and lead researcher at the UN University, Kees Balde. Of course, recycling e-waste can benefit the economy by keeping nature as it is. Therefore, it should be noted that serious attention is paid to work in this direction in our country.

In particular, under the motto "Give Nature a Chance", the collection of electronic waste from all enterprises and organizations of the country, including from the population, has been established. This will reduce the amount of hazardous waste released into nature. In addition, e-waste is a valuable resource for the production of new products as secondary raw materials. Relatively large amounts of gold, lithium, cobalt and other elements are stored in e-waste, which is limited in the earth's interior.

In the future, it is necessary to gradually complete the tasks specified in this document, within the established time frame. This is extremely important for solving problems in the field of household waste disposal. We understand that Uzbekistan must do a lot of work to improve progress in this area.

As a result of the analysis, several recommendations were made for countries such as Uzbekistan to integrate waste collection systems into their systems; including on waste management, as well as recommendations for raising awareness and education of the population. The researchers called for closing this gap and creating an environment that will facilitate the tracking of the collection and recycling of e-waste.

Scientists have come to the conclusion that thanks to waste processing, it will be possible to simultaneously extract all valuable materials, protect nature from the accumulation of mercury, cadmium and other toxic substances that are used in the production of electronics. Improved waste management systems are fundamental to the country's continued development and environmental protection.