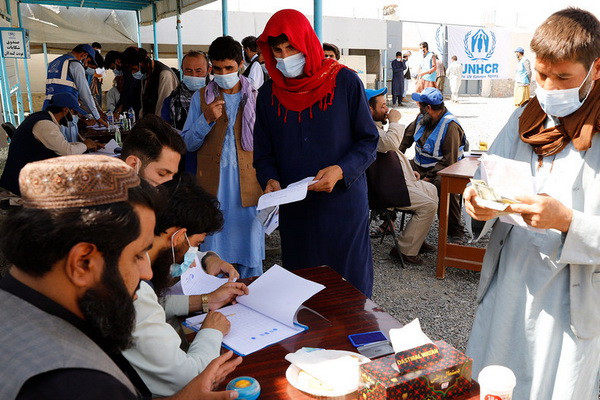 UNHCR to deliver aid to Afghanistan via Uzbekistan

UNHCR to deliver aid to Afghanistan via Uzbekistan

Tashkent, Uzbekistan (UzDaily.com) -- The humanitarian crisis in Afghanistan is worsening - funds are urgently needed to provide assistance to 20 million Afghans. The UN Refugee Office is warning about this, the press service of the UN reports.

A month has passed since the UN requested US$606 million for humanitarian operations in Afghanistan, but so far only 35 percent of this amount has been received. The funds are needed to prevent a complete collapse of the Afghan economy. UN Secretary General António Guterres recalled this, addressing the leaders of the G20, who have gathered today for an emergency meeting on Afghanistan.

“It is already getting cold at night, and people left homeless need urgent help,” Balokh said. According to him, the number of Afghans in need of support has reached 20 million and continues to increase every day.

In the near future, the UNHCR plans to send three planes with humanitarian aid to the Uzbek city of Termez, so that it can then be transported by trucks to Mazar-i-Sharif through the Hairaton border checkpoint. The first such plane will arrive in Termez in mid-October.

The UN warns that today only five percent of Afghan families are provided with adequate food. More than half of children under the age of five are malnourished, they are at risk of acute exhaustion without help, and the time when help can be delivered is running out.