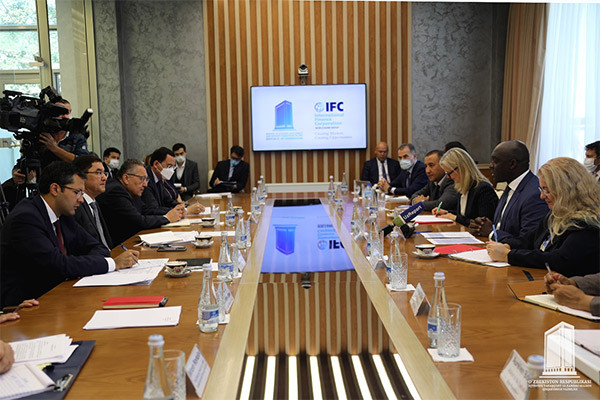 During the meeting, the sides discussed changes in the socio-economic sphere in Uzbekistan in recent years, the work done to develop the country’s economy despite the pandemic, increase GDP, liberalization of the country’s economy and currency market, formation of market relations. They also exchanged views on ongoing reforms aimed at increasing the share of private sector in the economy, transformation processes, reducing poverty and the welfare of the population, their effectiveness and international cooperation.

The meeting also discussed the activities of the Central Bank, its role in the privatization process and the transformation of banks. The parties discussed the transition to a green economy, the use of wind and solar energy, building infrastructure for electric vehicles, reducing inflation, agriculture, energy, chemicals, healthcare, assistance to the private sector, job creation, public-private partnerships, ongoing projects in this area, strengthening the competitive environment and improving efficiency.

At the end of the meeting, the parties agreed to strengthen and take cooperation on the aforementioned issues to a new level.