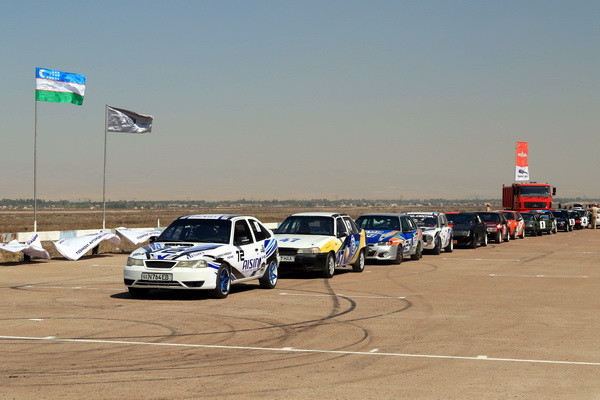 Tashkent, Uzbekistan (UzDaily.com) -- Intense struggle between the best pilots, the rivalry of foreign cars with natively domestic models, show programs and entertainment for fans - all this could be seen in Pskent at the Yuzhny autodrome at the second stage of the series of circuit car races of the Uzbekistan Championship 2021.

Circular car races are a common name for several types of car races; they are held on special paved tracks. The main feature of such competitions is that the track is closed (ring).

More than 40 specially modified versions of cars from various clubs from all over the Republic took part in the body racing. The participants were divided into classes according to the car brand and engine size.

The goal of the competitor is simple - to arrive first. Usually a qualification takes place before the main races to determine the place of each car at the start. The higher the place in the starting grid, the earlier the rider will begin his path to victory. The race takes place along the high-speed lane with many turns and other surprises.

The riders competed in three classes:

The organizer of the championship was the Tashkent Automobile Federation. The tasks of the federation include: interaction of organizations that work in the field of motor sports; integration of athletes, coaches, volunteers.