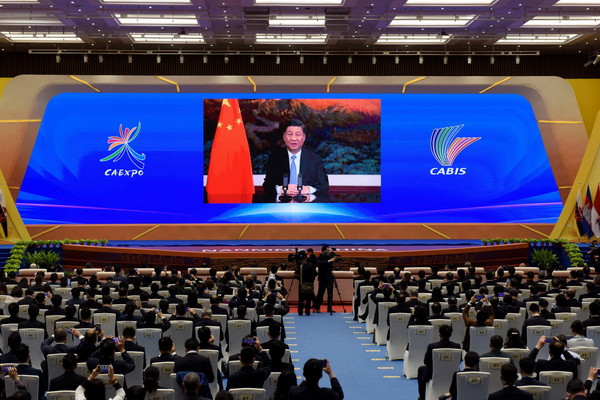 Record US$46 billion in deals inked at China-ASEAN Expo

Record US$46 billion in deals inked at China-ASEAN Expo

NANNING, Sept. 10 (Xinhua) -- A total of 179 deals worth more than 300 billion yuan (about 46.59 billion U.S. dollars), the highest ever figure, were signed Friday at the ongoing 18th China-ASEAN Expo and China-ASEAN Business and Investment Summit.

Held in Nanning, capital of south China’s Guangxi Zhuang Autonomous Region, the expo witnessed an increase of 13.7 percent in the total value of deals, with the average value of projects reaching 1.7 billion yuan.

Of the deals signed, seven projects were worth more than 5 billion yuan.

Inaugurated in 2004, the annual expo is an important platform for promoting trade and bilateral relations between China and ASEAN.