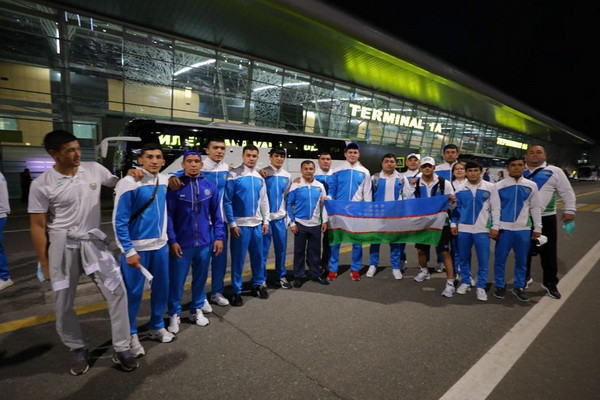 The sports delegation of Uzbekistan arrived in Kazan

The sports delegation of Uzbekistan arrived in Kazan

Tashkent, Uzbekistan (UzDaily.com) -- From 4 to 11 September 2021, the first Games of the Commonwealth of Independent States (CIS) will be held for the first time in the Russian city of Kazan, the Republic of Tatarstan.

On 31 August, members of the sports delegation of the Republic of Uzbekistan went to Russia. The delegation included senior officials from the Ministry of Tourism and Sports and the National Olympic Committee, members of the national teams in boxing, freestyle and Greco-Roman wrestling, a total of more than 70 people.

The delegation was seen off by the Deputy Minister of Tourism and Sports Avazjon Karimov, he wished good luck to the athletes.

Arriving in Kazan last night, our representatives settled in the Olympic town built for these sports games (Universiade Village).

The second part of the sports delegation of our country will leave for Russia on 3 September, and the final one on 6-7 September.

The first Games of the CIS countries will start in Kazan on 4 September and will last until 11 September. 1640 participants entered the Games, including 1172 athletes (from 14 to 23 years old) from 9 CIS countries (Azerbaijan, Armenia, Belarus, Kazakhstan, Kyrgyzstan, Moldova, Russia, Tajikistan, Uzbekistan). During the Games, competitions in 16 sports will be held, 182 sets of awards will be drawn. The competition will involve over 400 judges and referees, as well as over 1000 volunteers.