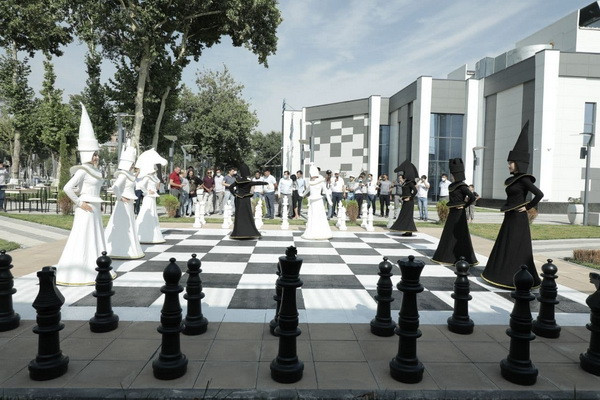 Tashkent, Uzbekistan (UzDaily.com) -- A unique Chess Festival was held in Angren on the eve of the international chess holiday on 17 July.

Due to quarantine restrictions, this year the festival was held without the participation of fans. Live chess pieces, memes on stilts, animation shows, all this gave a real festive mood for the festival participants. Within the framework of the festival, the final stage of the tournament for the "Cup of the khokim of Tashkent region" took place.

The competition for the regional khokim’s Cup was organized in 2 stages. The first stage took place among students of general education schools, in which more than 2000 participants were accepted, 50 of whom were selected to participate in the final stage, which took place on 17 July in Angren. According to the results of the final match, the winners and prize-winners of the competition, the youngest participants, as well as honorary grandmasters were awarded medals, diplomas and valuable prizes from the regional administration.

In addition to the sports games, chess master classes were organized by FIDE masters and honored chess trainers.