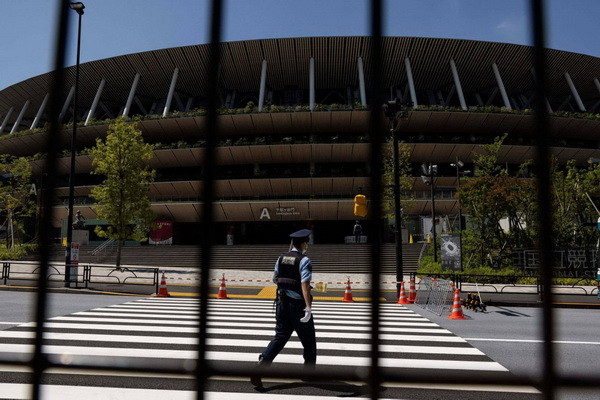 Tashkent, Uzbekistan (UzDaily.com) - Some foreign sources published an article stating that a representative of the Uzbek Olympic team committed sexual violence to a Japanese girl. This situation is widely discussed by Uzbek media representatives and bloggers. The National Olympic Committee of Uzbekistan expresses its position on this case.

The Olympic team of Uzbekistan has nothing to do with the incident. According to "Japantimes.co.jp" this incident occurred with a citizen of Uzbekistan D.R., who is currently in Tokyo and "Kyodo news" notes that D.R. and the girl worked as volunteers at the Olympia stadium in Tokyo.

Currently, five representatives of the NOC operational headquarters are in the Tokyo 2020 Olympic Village. Their main task is to solve all organizational issues before the arrival of the main delegation. According to the requirements of the Games Organizing Committee, persons who are in the Olympic Village cannot leave the territory, moreover, this place is under strict control.

“Based on this, we officially declare that the Olympic team of Uzbekistan has nothing to do with this case. And here we would ask all media representatives, bloggers and journalists of Uzbekistan not to believe such groundless articles,” the National Olympic Committee said.

Tonight, the bulk of the Uzbek delegation participating in the XXXII Summer Olympic Games Tokyo 2020 will leave for Japan on a charter flight. The National Olympic Committee calls on all media in our country to promptly and clearly convey information to our people about Uzbek athletes, about their participation in the Olympic Games, as well as to widely cover the Tokyo 2020 Games. In turn, the press service of the NOC will provide all information on this matter.