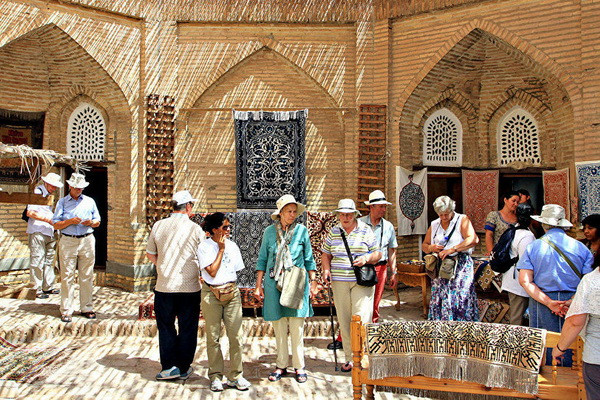 Aviasales.uz: demand for travel to Uzbekistan increased by 46%

Aviasales.uz: demand for travel to Uzbekistan increased by 46%

Tashkent, Uzbekistan (UzDaily.com) -- The travel industry is beginning to recover after COVID flight restrictions. Aviasales.uz analysts conducted a study and found out from which countries tourists most often come to Uzbekistan and how the demand has changed.

According to the largest metasearch engine for air tickets Aviasales.uz, travelers from Russia are most interested in Uzbekistan, the most popular month to visit the country is June, and Russians spend about 13 days traveling. The average annual cost of an air ticket from Russia to Uzbekistan in 2021 was 2,335,021 soums. The cheapest month to travel is July and the average ticket price this month is 1,255,013 soums.

The second place in the list of demand for Uzbekistan is occupied by the United States. The highest demand for tickets from America is also in the month of June, with an average ticket price of 8,144,733 soums. The third place was taken by users from Kazakhstan, they come to the country for an average of a week, most often in May-June and pay about 1,154,442 soums for a ticket.

Further in the top of the countries interested in traveling to Uzbekistan are South Korea, Belarus and Israel.

“There is definitely a demand for travel to Uzbekistan, and now is the time for the active development of the country's tourism potential. During the pandemic, most of the traditionally tourist destinations are still closed, so Uzbekistan has every chance to attract the attention of tourists from neighboring countries, ”says Ruslan Baiganurov, head of Aviasales.uz.