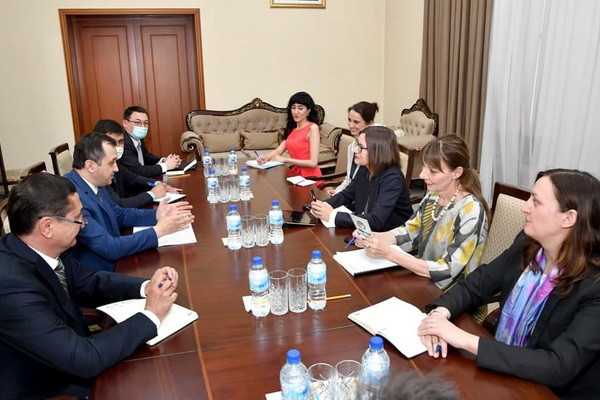 Tashkent, Uzbekistan (UzDaily.com) -- On 15 June 2021, Deputy Minister of Foreign Affairs of the Republic of Uzbekistan Gayrat Fazylov met with Mirjana Spoljaric Egger, Director of the Regional Bureau of the United Nations Development Program for Europe and the CIS.

During the conversation, an exchange of views took place on the state and prospects of further development of cooperation between Uzbekistan and UNDP.

The Deputy Minister highly appreciated the efforts of the UN, including UNDP, aimed at assisting in solving environmental problems.

The parties noted with satisfaction the unanimous adoption of the UN General Assembly resolution “On declaring the Aral Sea region a zone of environmental innovations and technologies”, put forward by the President of the Republic of Uzbekistan Shavkat Mirziyoyev. In this context, the need was stated to intensify joint efforts to mitigate the consequences of the drying up of the Aral Sea.

The schedule of upcoming bilateral joint events at various levels was considered separately.