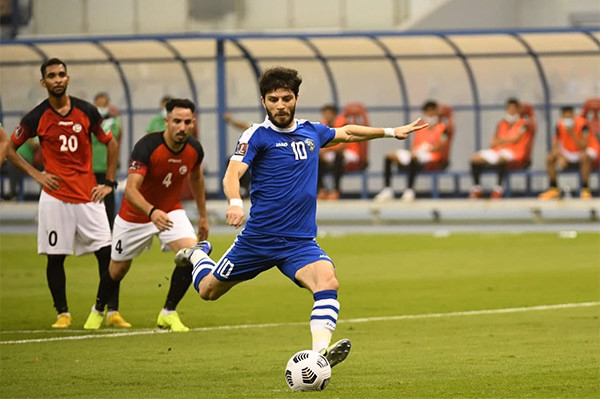 Tashkent, Uzbekistan (UzDaily.com) – Uzbekistan national football team beat Yemen with a score of 1:0 in the second round of the Asian Qualifiers for the FIFA World Cup Qatar 2022 and AFC Asian Cup China 2023.

The match took place in Saudi Arabia. The only goal of the match was scored on the 19th minute of the match. Jaloliddin Masharipov scored from the penalty spot.

It should be noted that the captain of the national team of Uzbekistan Odil Akhmedov failed to convert the penalty on the 80th minute of the game.

The national team of Uzbekistan will play the next match on 11 June against Saudi Arabia.