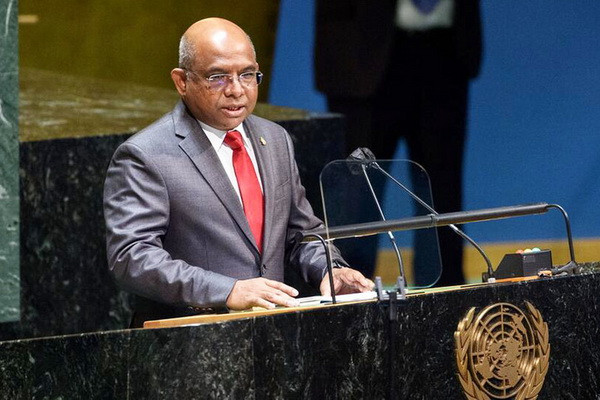 Tashkent, Uzbekistan (UzDaily.com) -- The UN chief welcomed the election on Monday of Abdulla Shahid, Foreign Minister of the Maldives, as President-elect of the 76th session of the General Assembly.

“Abdulla Shahid’s longstanding diplomatic experience, including in his current role as Minister of Foreign Affairs, has given him a deep understanding of the importance of multilateralism in addressing today’s global challenges”, said Secretary-General António Guterres, the UN said in statement.

He commended the President-elect for his “selection of hope as the central theme in his vision statement” and noted that, coming from a small island developing State, Mr. Shahid will “bring unique insights” to the Assembly as the world prepares for the UN climate conference, COP26, in Glasgow in November.

“I also want to express my deep appreciation to His Excellency Dr. Zalmai Rassoul and thank him for contributing to this dynamic process”, added the UN chief.

During the meeting, the Secretary-General also drew the lots to determine the Member State that will occupy the first seat in the Assembly Hall in September, which went to Suriname.