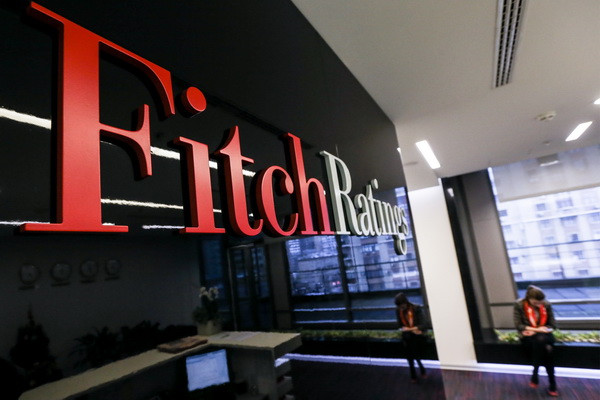 The bond ranks pari passu with all other unsubordinated and unsecured debt of UAM. The proceeds from the notes are being used by UAM for general corporate purposes.

UAM is the dominant car producer in Uzbekistan. Fitch has applied its Government-Related Entities Rating Criteria and assessed the linkage between UAM and its sole indirect shareholder, the Republic of Uzbekistan (BB-/Stable), as ‘Moderate-to-Strong’. This has led to a one-notch discount from Uzbekistan’s rating. Fitch assesses UAM’s Standalone Credit Profile (SCP) at ‘b’.

Strong Links with State: Fitch views the status, ownership and control linkage of UAM with the state as ‘Strong’ due to full state ownership and operational control by the parent over the company’s capex and operational strategy. We assess the support track record as ‘Strong’ due to established state support in the form of shareholder loans on favourable terms; the absence of large dividends paid to the parent, which we expect to continue at least until the end of the planned large capex programme; and a favourable regulatory environment supported by high import duties for cars, protecting UAM’s dominant position in its domestic market.

Support Incentive in Place: We view the socio-political implications of a UAM default as ‘Moderate’. The company uses a long-term licence agreement with General Motors Company (GM; BBB-/Stable), and there may be alternative offers from foreign competitors but issues at UAM would cause temporary disruption to delivery of new cars. We assess the financial implications of a UAM default as ‘Moderate’ as we believe it would have a moderate impact on the availability of financing for the government and other government-related entities (GREs).

Constrained SCP: We assess UAM ‘s Standalone Credit Profile at ‘b’. This reflects the company’s business profile, which is weaker than that of other Fitch-rated carmakers, with limited scale, narrow product range and sales concentrated in Uzbekistan. Its business profile is also constrained by the absence of a strong brand, limiting the company’s competitive position in relation to global auto manufacturers. UAM’s operating activity is fully dependent on the existing long-term licence agreement with GM, which provides access to the latter’s technology and know-how. Improvements to these business characteristics could lead to a higher SCP.

Limited Geographical Diversification: UAM is primarily focused on Uzbekistan where automotive sales are extremely volatile. This has been partly offset by significant exports (around 25%-45% of total sales historically). The share of exports declined to about 5% over 2018-2020 but UAM is aiming to increase this to about 16% by 2023, mainly through more sales in Kazakhstan and Russia. This would increase diversification, but is subject to macroeconomic and political risks, and could increase earnings volatility due to foreign-exchange (FX) exposure.

FCF Volatility: UAM’s free cash flow (FCF) has been highly volatile since 2016 and is one of the key rating constraints. Its negative FCF margin of about 8% in 2020 was primarily due to material working-capital outflow of USD380 million and capex of USD90 million. We forecast a negative FCF margin of about 4% in 2021 due to UAM’s ambitious investment plans and then a return to positive territory with about 3.5% in 2022-2023 due to lower capex.

Temporary Rise in Leverage: We expect funds from operations (FFO) gross leverage to increase towards 2.5x in 2021-2022, from 1.1x at end-2020 due to significant capex to be primarily debt-funded. Our base case includes off-balance sheet debt of about USD170 million to be contracted in 2021 by related company UzAuto Motors Powertrain, with a cross-guarantee with UAM. The completion of the investment phase should bolster FFO generation, after which we expect UAM to prioritise deleveraging. We forecast FFO gross and net leverage to reach more moderate levels of about 2.0x and 1.5x by 2023, respectively.

Moderate Impact of Covid-19: In contrast to other global carmakers, UAM’s earnings were less affected by the pandemic in 2020. Its sales volume in 2020 increased 5% yoy although revenue fell 5% in US dollar terms due to local-currency devaluation.

Dominant Position: UAM is the main producer of passenger cars in Uzbekistan and has a dominant position in the country. This, combined with high capex in production facilities and favourable regulation, all act as significant barriers to entry and support the company’s local market share. Nevertheless, the planned liberalisation of Uzbekistan’s economy could increase competition from foreign players and erode UAM’s sales and profitability.

Material FX Exposure: UAM is exposed to material FX risk as the majority of its sales are generated in local currency, while about 60% of its operating costs are linked to foreign currencies, mainly to US dollars. Furthermore, to finance its capex programme UAM plans to issue US dollar-denominated debt. The company does not hedge its FX exposure but plans to do so in the future. Fitch forecasts further Som devaluation against hard currencies in 2020-2022, which could affect UAM’s leverage metrics. However, UAM could offset some of the FX impact by increasing its prices.

UAM’s business profile is weaker than that of other global automotive manufacturers including GM, Ford Motor Company (BB+/Negative), Renault SA (BB/Negative) and Jaguar Land Rover Automotive plc (JLR; B/Negative). The company is not fully comparable with Fitch-rated peers as it does not own the brands of the models it manufactures and the associated technological expertise. Moreover, despite its dominant position in its domestic market UAM’s scale is significantly smaller than peers’. Its product and geographical diversification is also significantly lower than those of global automotive manufacturers.

UAM’s financial profile is characterised by highly volatile cash flow generation compared with other global rated peers’. We forecast UAM’s FFO margin will be 7%-8% in 2021-2023, in line with GM’s and Renault’s, but lower than Stellantis N.V.’s (BBB-/Stable) and JLR (about 10% on average over 2017-2019). UAM’s FCF volatility is materially higher than peers’.