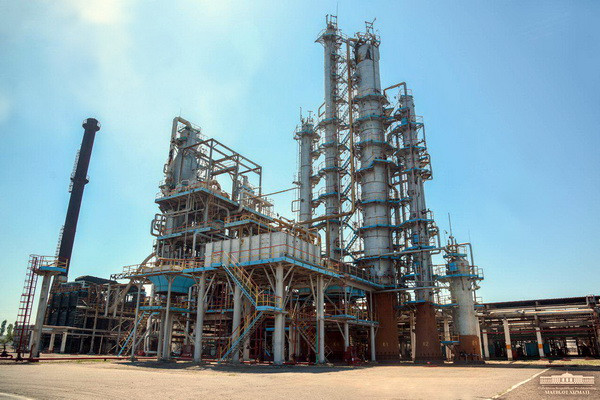 Tashkent, Uzbekistan (UzDaily.com) -- As a result of large-scale research work carried out in 2021, at the Fergana oil refinery, aviation gasoline of the B-92 brand has been developed, which fully complies with the interstate GOST.

Aviation gasoline, along with aviation kerosene, is the fuel for aircraft. The piston engines, which are equipped with small airplanes and helicopters, run on aviation gasoline.

The own development at the Fergana refinery of aviation gasoline B-92 makes it possible to establish its production, both in order to meet the demand in the domestic market in a timely manner, and to arrange the export of this type of fuel.

Aviation fuel of the B-92 brand is in demand for refueling light aircraft AN-2, which means that its domestic production will contribute to the development of regular flights within the republic, including to Sokh region of Ferghana region, for whose 80,000 population it is vital to create an "air bridge".

It should be noted that earlier the Fergana refinery produced aviation gasoline of the B-92 brand according to TU (technical specifications).

There are two types of aircraft fuel: aviation gasoline and aviation kerosene. When carrying out research work, the content of B-92 tetraethyl lead was reduced in the new formula of aviation gasoline, which did not affect the ability to ensure normal operation of engines regardless of the operating mode with a simultaneous expansion of gasoline resources and a decrease in toxic tetraethyl lead.