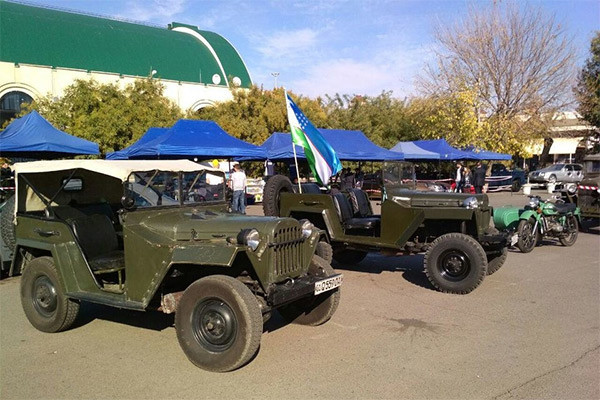 Tashkent to host a march of retro cars during the war

Tashkent to host a march of retro cars during the war

Tashkent, Uzbekistan (UzDaily.com) -- From 4 to 7 May, a march of retro cars during the war will be held on the streets of Tashkent. This was reported by the press service of the Ministry of Defense of Uzbekistan.

The march is held on the occasion of the Day of Remembrance and Honor. The organizer of the march is the Ministry of Defense of Uzbekistan.

During a stopover in crowded places, military ensembles and military bands will perform concert programs reflecting the war years.

The march will take place in the following locations:

The stop will be in Central Park and Victory Park.

The march will stop at the North Station, Sergeli Bazaar and Ashgabat Park