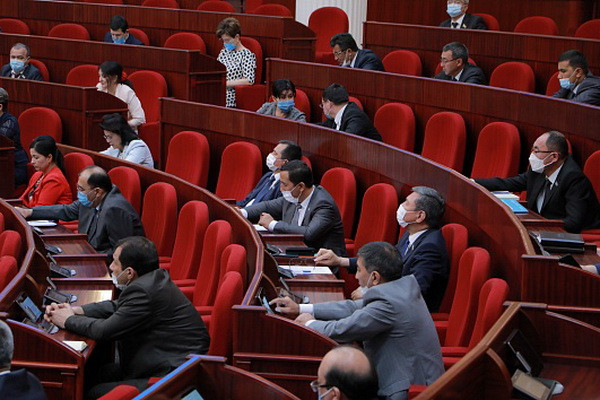 Tashkent, Uzbekistan (UzDaily.com) -- At a regular meeting of the Legislative Chamber of the Oliy Majlis, the deputies considered in the first reading the draft law "On establishing the day of workers of culture and art of the Republic of Uzbekistan."

The bill, developed in order to ensure the implementation of the Decree of the President of the country "On measures to further enhance the role and importance of the sphere of culture and art in the life of society" dated May 26, 2020, it is proposed to celebrate 15 April as the "Day of workers of culture and art of the Republic of Uzbekistan".

During the meeting, it was emphasized that in recent years, systemic measures have been implemented in our country aimed at the further development of national culture, preservation and popularization of tangible and intangible cultural heritage, folk oral creativity and amateur performances, active integration of our country into the world cultural space. Undoubtedly, there is a worthy contribution of connoisseurs of culture and art.

From this point of view, the draft law envisages awarding the badge "Madaniyat va san’at fidokori" and encouraging citizens who selflessly served for the development of culture and art in our country, increasing the prestige of Uzbek national culture and art in the world, embodying the ability and potential of young talents and who have achieved high results.

As the deputies noted, it will serve to form respect for traditional and universal values in the minds of the younger generation, to preserve and develop ethnic cultural traditions, as well as folk art based on them, to improve the system of training talented performers, artists and professional personnel.

After discussions, the bill was adopted.