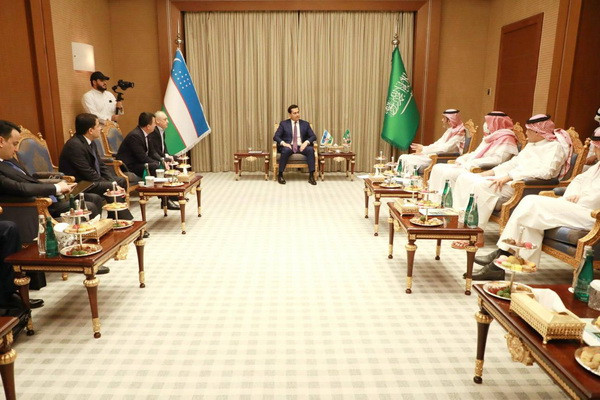 During the talks, the sides discussed the current state and prospects of bilateral cooperation between the countries in the field of labor relations. In this vein, the need to form a regulatory and legal framework governing labor relations between Uzbekistan and Saudi Arabia was emphasized, in particular, by signing an intergovernmental agreement on cooperation in the field of external labor migration, which determines the priority areas of practical interaction on labor issues, based on the need for qualified labor force. resources in the context of the sectors of the economies of the two countries.

The prospects of opening a representative office of the Agency for External Labor Migration of the Republic of Uzbekistan in the Kingdom of Saudi Arabia were considered in order to systematize bilateral cooperation in the field of labor relations.

During negotiations with the leadership of the State Investment Fund of the Kingdom of Saudi Arabia, the current state and prospects of bilateral cooperation in investment, energy, financial and technical spheres were discussed. The parties positively noted the progress in the implementation of projects in the energy sector with the company "ACWA Power", as well as the ongoing joint work on the development of new promising investment projects.

As a result of the negotiations, an agreement was reached to continue a substantive dialogue in order to determine the best options and directions for mutually beneficial cooperation in the investment sphere by holding regular meetings and negotiations with the participation of the Fund's management and heads of key ministries and departments of Uzbekistan.