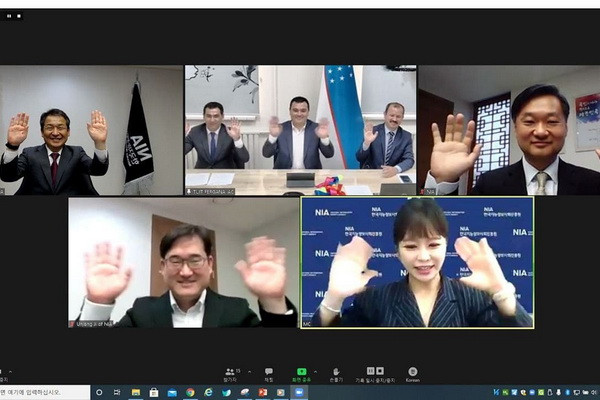 In the Ferghana branch of TUIT, an information exchange center was opened

In the Ferghana branch of TUIT, an information exchange center was opened

Tashkent, Uzbekistan (UzDaily.com) - Today, on 30 April, in cooperation with the National Agency for the Information Society of the Republic of Korea, an opening ceremony of the Information Exchange Center was held at the Ferghana branch of the Tashkent University of Information Technologies named after Muhammad al-Khwarizmi.

The event was attended by the Deputy Minister for Development of Information Technologies and Communications J. Egamberdiev, Vice-Rector for Financial and Economic Affairs of TUIT F. Aripzhanov, as well as professors and teachers of the university branch.

The opening ceremony was symbolically attended by representatives of the National Agency for the Information Society, headed by President Yong Sik Moon.

Partnerships between the Republic of Uzbekistan and the Republic of Korea are strengthening every day. This cooperation is being implemented in advanced areas, in particular in the field of education and information and communication technologies.

Projects implemented at the Tashkent University of Information Technologies named after Muhammad al-Khwarizmi are vivid evidence of cooperation with South Korean partners.

In this regard, it should be noted that the projects implemented jointly with the National Agency for the Information Society in the field of ICT, as well as the funds allocated by the agency on a gratuitous basis, make an important contribution to the further reform and development of the education system in the field of ICT.

The goals and objectives of the center include the creation of broad opportunities for young people to use information and communication technologies, their wide involvement in IT-processes.