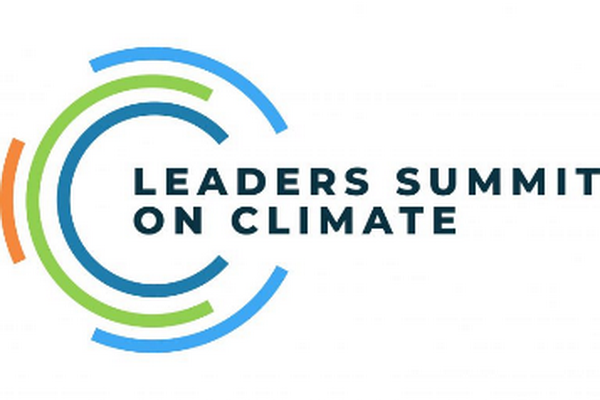 Leaders of 40 countries take part in the international climate summit

Leaders of 40 countries take part in the international climate summit

Tashkent, Uzbekistan (UzDaily.com) – On 22-23 April, a two-day international summit on climate in the format of videoconference, initiated by the President of the United States Joe Biden, was held.

The event was attended by the heads of the United States, China, Russia, India, France, Turkey, Germany, Japan, the United Arab Emirates, Canada, South Korea, Singapore, Saudi Arabia and others (40 leaders in total).

One of the main topics of the meeting was the consolidation of the efforts of the largest countries to reduce harmful emissions into the environment in order to keep global warming within 1.5 degrees Celsius in comparison with the pre-industrial era and thus fulfill the key clause of the Paris Climate Agreement (2015).

Keynote speakers included the heads of the United States, China, Russia and India, who outlined their next positions and proposals.

In his speech, Joe Biden announced plans by 2030 to halve greenhouse gas emissions into the atmosphere compared to the figure recorded in 2005.

The intention was also announced for his country to reach zero emissions.

At the same time, the American leader called on the world community to intensify efforts to overcome the climate crisis, stressing that no country is capable of solving this problem alone. We must move faster to respond to these challenges.

The US President also announced his intention to double the amount of annual funding to develop climate change activities among developing countries by 2024 and called on major nations to mobilize US$100 billion a year for developing countries, noting that these investments will pay significant dividends. all countries.

Chinese President Xi Jinping announced his intention to strictly control the growth of coal consumption in 2021-2025, and from 2026 to gradually reduce its consumption. “China will aim to achieve peak carbon emissions by 2030 and carbon neutrality by 2060. The PRC remains committed to moving from peak carbon emissions in a significantly shorter time frame than many developed countries would require.

At the 75th session of the UN General Assembly (2020), the President of the PRC announced his intention to achieve carbon neutrality in 40 years. The country has adopted a "road map", where, in addition to giving up coal, it is planned to reduce oil consumption by 65% and gas by 75% by 2060.

The Chinese leader also noted that developed countries should strengthen their plans and actions to combat climate change, as well as take concrete measures to help developing countries accelerate their transition to a green economy.

In his speech, Russian President Vladimir Putin proposed to establish international cooperation in monitoring all types of harmful emissions and stressed the need to take into account all factors causing global warming.

“Methane accounts for 20% of anthropogenic emissions. And each ton of it creates a greenhouse effect 25-28 times greater than a ton of CO2. If in the next 30 years it is possible to cut methane emissions by half, then, according to experts, the global temperature by 2050 would have decreased by 0.18 degrees. "

N. Modi also announced the launch of the India-USA Partnership for Climate and Clean Energy 2030, which aims to attract investment, demonstrate clean technologies and create opportunities for environmental cooperation.

German Chancellor A. Merkel in her speech also focused on the reduction of carbon dioxide emissions and the transition to renewable energy sources. In 2020, Germany produced more than 46% of its energy from renewable sources and intends to remove coal from electrification by 2038.

The assessments of the past summit were divided among the expert community. According to the British publication "BBC", the summit served as a good platform for exchanging views on further steps to reduce harmful gas emissions and is a practical benefit in preparation for the upcoming November 26th Conference of the Parties to the UN Framework Convention on Climate Change (Glasgow, Scotland).

In general, characterizing the results of the Climate Summit, it can be noted that in the future, the trend for a large-scale introduction of obligations related to the reduction of carbon dioxide emissions and the introduction of "green" technologies will intensify.