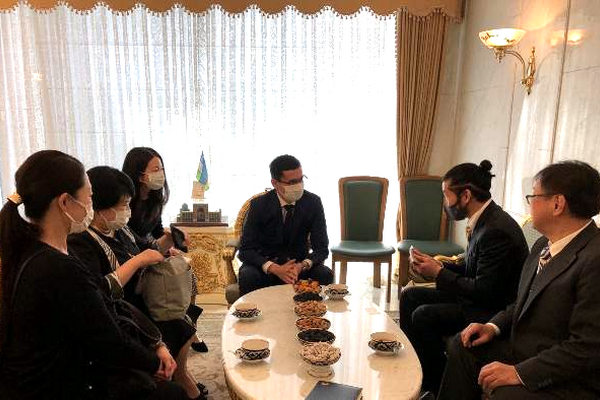 During the conversation, the results of Iwasa’s recent visit to Uzbekistan and the possibility of his participation in the development of bilateral humanitarian ties with Japan were discussed.

On 3 April, in Tashkent, a fight for the possession of the WBA and IBF belts was held, in which world champion Murodjon Akhmadaliev defeated the Japanese boxer Ryosuke Iwasu by technical knockout in the fifth round.

Ryosuke Iwasa noted that he had the best impressions both from his participation in the battle and from his stay in Uzbekistan. During the fight, he felt the audience’s warm feelings for him, which became a great inspiration for him. In this regard, he expressed his gratitude to the Uzbek people for their hospitality and support.