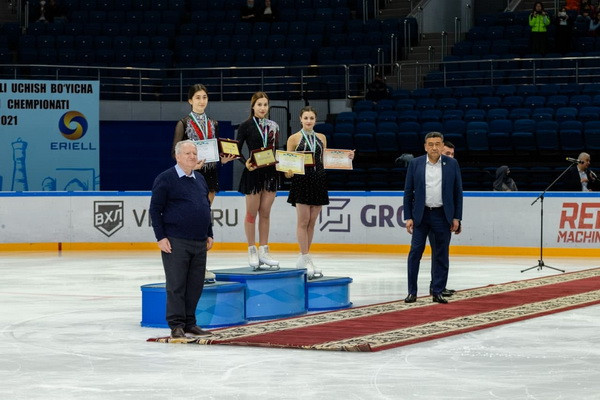 Tashkent, Uzbekistan (UzDaily.com) -- The Uzbekistan figure skating championship, which took place for two days at the Humo Arena, has ended in the capital. It should be noted that talented athletes of the Republic took part in the competition.

The closing ceremony of the championship was attended by the leadership of the NOC, headed by its chairman Rustam Shaabdurakhmanov, vice-president of the International Skating Union Alexander Lakernik, chairman of the winter sports association of Uzbekistan Iskander Shadiev. The leaders personally awarded the winners and awardees and wished them success in the future.