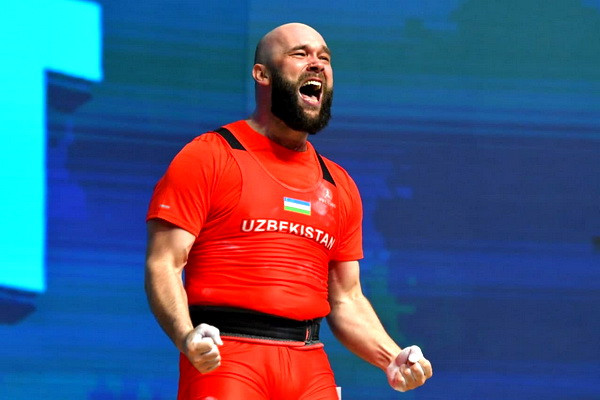 Tashkent, Uzbekistan (UzDaily.com) -- The performances of weightlifters in the weight category -109 kg ended at the Yunusabad sports complex in Tashkent. It is noteworthy that our representatives Ruslan Nurudinov and Akbar Juraev won gold and silver of the Asian Championship.

It should be noted that in the snatch exercise, Yang Jae showed worthy resistance to our weightlifters. In this exercise, he lifted 200 kg and set a new world record. In this direction Juraev showed the result of 194 kg, and Nurudinov 188 kg.

In the clean and jerk exercise, two of our athletes fought for the gold medal. As a result, Ruslan Nurudinov lifted 241 kg, became the champion of Asia, and set a world record. The silver medal was won by Akbar Juraev, and the bronze - by Yang Zhe from China.