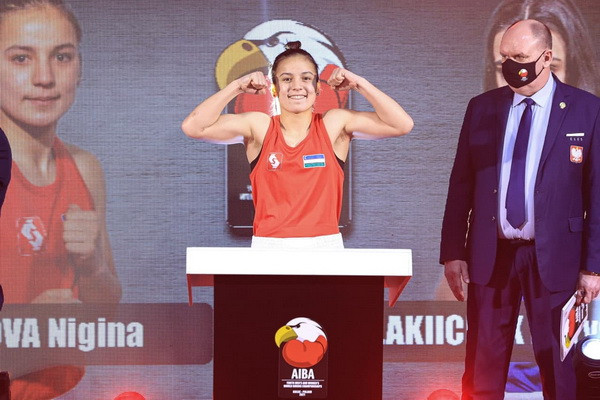 For the first time in history, a female boxer from Uzbekistan wins gold at the World Boxing Championships

For the first time in history, a female boxer from Uzbekistan wins gold at the World Boxing Championships

Tashkent, Uzbekistan (UzDaily.com) - The World Youth Boxing Championship is ending in the city of Kielce (Poland). The final among girls was held today.

It should be noted that so far not a single girl of ours has made it to the World Cup final. Today is a truly historic event in the history of Uzbek boxing - two representatives of Uzbekistan entered the ring as part of the final.

Nigina Uktamova (-54 kg) fought against Christina Lakichuk from Ukraine and won 4:1. Thus, she became the first Uzbek girl to win gold at the World Championship. Then, and Mokhinabonu Abdullayeva (-64 kg) had the final match with Azalia Amineva from Russia, but unfortunately the Uzbek athlete lost.