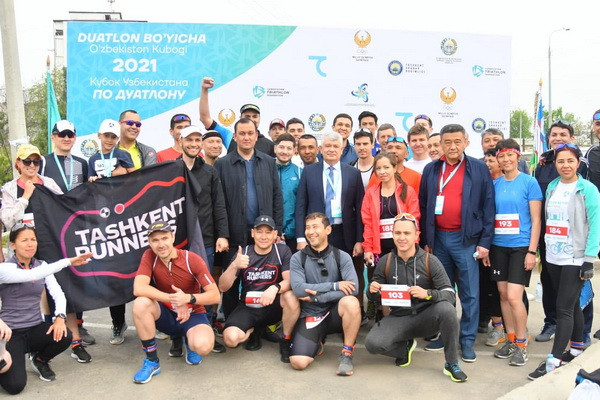 Tashkent, Uzbekistan (UzDaily.com) - Yesterday, on 18 April, Tashkent hosted the Uzbekistan Duathlon Cup. It was attended by professional athletes and amateurs.

The competition, which was organized with the aim of strengthening the promotion of a healthy lifestyle among the population of the country, was held in several age categories among professionals and amateurs. Due to the epidemiological situation, for the sake of safety, the participants tested their capabilities only in running and cycling.

More than 100 athletes from all over our country took part in the competition. The ceremony was attended by the Secretary of the Security Council under the President of the Republic of Uzbekistan, Chairman of the Triathlon Federation of Uzbekistan Viktor Mahmudov, Chairman of the National Olympic Committee of Uzbekistan Rustam Shaabdurakhmanov and Secretary General Oybek Kasymov, thanking the participants for their contribution to the promotion of sports in Uzbekistan.

As a result, the winners and awardees were awarded valuable prizes. It should be noted that such competitions play an important role in increasing the interest of young people in sports.