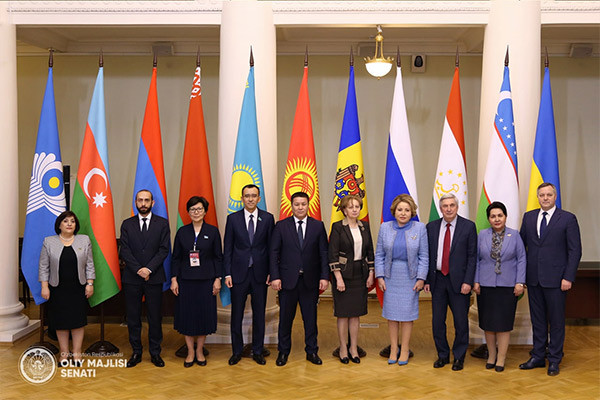 Uzbekistan to host the IPA CIS meeting in 2022

Uzbekistan to host the IPA CIS meeting in 2022

Tashkent, Uzbekistan (UzDaily.com) -- Chairperson of the Senate of the Oliy Majlis of the Republic of Uzbekistan Tanzila Narbayeva has taken part in the IPA CIS Council meeting, in Russia.

The participants of the meeting considered issues on the activities of the assembly, including the results of the organization’s work in 2020.

The Council members also discussed the preparations for the 9th Nevsky International Ecological Congress, scheduled for 27-28 May 2021, and the third Eurasian Women’s Forum to be held on October 13-15, 2021. The parliamentarians considered the results of observing the election campaigns that took place in January this year.

The activities of the Expert Council on Economics at the Assembly, tasks for the implementation of the CIS Economic Development Strategy for the period up to 2030, were discussed.

It was noted that the next meeting of the Council of CIS Heads of State is planned to be held in Minsk. In November 2022, it was agreed to hold the IPA CIS meeting in Uzbekistan.