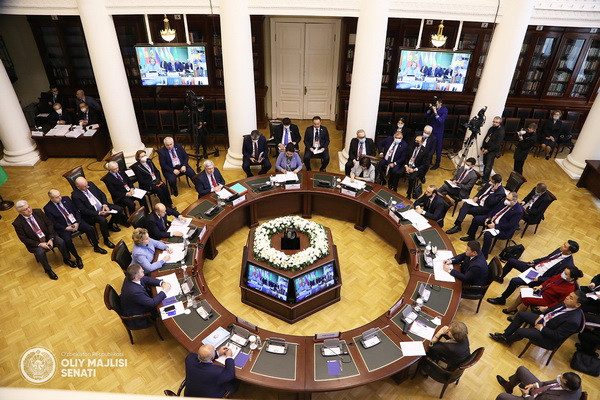 Tashkent, Uzbekistan (UzDaily.com) -- Members of the delegation of the Senate of the Oliy Majlis, as part of their visit to the Russian Federation, took part in the international parliamentary conference “Global challenges and threats in the context of the COVID-19 pandemic. Terrorism and Violent Extremism”.

The participants considered the legal mechanisms of international cooperation in countering terrorism and violent extremism, protecting the rights of victims of these crimes, assessed the terrorist threat and efforts to prevent violent extremism, the consequences of the COVID-19 pandemic and others.

Speaking at the conference, Chairperson of the Senate of the Oliy Majlis Tanzila Narbaeva noted that the COVID-19 pandemic has become a serious challenge for the world community, has led to the failure of the national economy and the health care system of all countries, and has exposed the most acute problems of society.

“Social upheavals give rise to preconditions for the radicalization of desperate people, especially young people,” said Senate Speaker Tanzila Narbaeva. - Like a virus, terrorism does not recognize the borders of a state and poses a threat to all countries equally. Measures to prevent terrorism and violent extremism must of course be based on the country's legislation, as well as comply with international human rights standards. At the same time, the classification of such crimes in national legislation should be clear to the general public.

Noting the work carried out in Uzbekistan in this direction, the head of the upper chamber of the parliament of Uzbekistan Tanzila Narbaeva emphasized:

- It is very important that in recent years inter-parliamentary ties have developed, which make it possible to effectively resolve issues in many areas, including in the fight against terrorism and extremism. In this matter, the role of the parliament is important, which is designed not only to create the necessary legislative basis for countering extremism and terrorism, but also to carry out widespread activities to form an atmosphere of rejection in society, to introduce preventive mechanisms of public response to them. Given the international cross-border nature of threats, the factor of interstate interaction is acquiring key importance. Uzbekistan stands for even greater consolidation of partner countries in this direction.