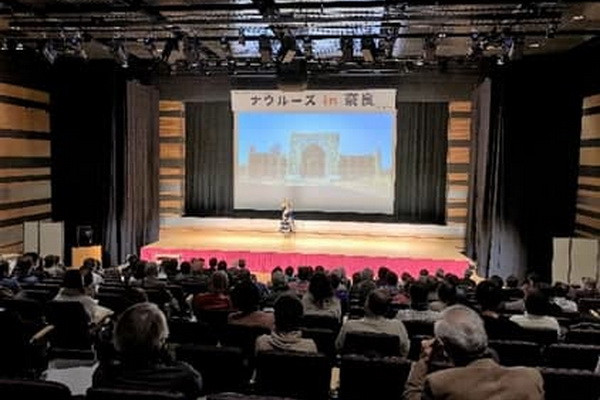 Tashkent, Uzbekistan (UzDaily.com) -- The Embassy of Uzbekistan in Tokyo, together with the administration of Nara prefecture, held a presentation of the culture of Uzbekistan entitled Navruz holiday in the city of Nara.

At the opening of the event, Governor of Nara Prefecture Shyogo Arai noted that there are many similarities between the Uzbek and Japanese peoples in terms of traditions and culture.

"The active exchange between our peoples during the Great Silk Road is evidenced by some products stored in the ancient treasury of the emperors Shesoin, brought to Nara from the territory of modern Uzbekistan," the governor said.

The governor expressed his readiness to make efforts to develop relations with Uzbekistan and Samarkand region, in particular.

Within the framework of the event, a presentation of the tourism potential of Uzbekistan and Samarkand region was also held.

The professor of Tezukayama University, professor emeritus of the International Research Center for Japanese Culture Takao Uno, who spoke at the event, briefed the audience on the results of the joint archaeological expedition to Uzbekistan.

The event ended with a performance by the Japanese dance group "Gulistan", who performed dances from different regions of Uzbekistan.