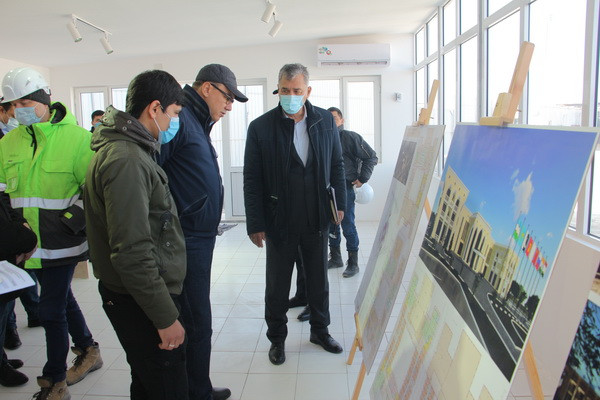 Tashkent, Uzbekistan (UzDaily.com) -- A working group headed by Deputy Prime Minister, Chairman of the State Committee for Tourism Development Aziz Abdukhakimov got acquainted with the work of hotels under construction in Khiva.

One of them is the recently built five-star hotel "Farovon" in Khiva, which is designed for 100 people. The hotel will have 6 presidential suites, 8 suites, 86 standard rooms. The conference hall of the hotel with 800 seats is designed for various large-scale meetings.

About 300 workers were involved in the construction work. The commissioning of the facility is scheduled for the end of 2021.

Aziz Abdukhakimov got acquainted with the construction process of the hotel and gave specific instructions to officials to build the hotel in accordance with international standards and satisfy the most demanding tourists. It should be noted that in Khiva, one of the most attractive tourist centers of Uzbekistan, it has become a tradition to hold various festivals, mass events and celebrations.

The growing flow of tourists increases the demand for modern and well-equipped hotels in the city. In Khiva, a working group on preparations for international events will continue to study the construction of tourist facilities in the regions.