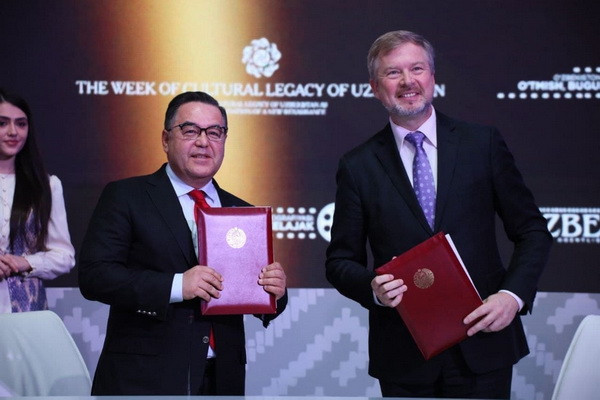 Tashkent, Uzbekistan (UzDaily.com) -- During the conference "Cinematography of Uzbekistan: past, present, future", held as part of the Cultural Heritage Week, important documents were signed.

This is a memorandum of cooperation between Uzbekkino and the KIT film company, the general director of which is Jakhongir Fayziev. Within the framework of the memorandum, it is planned to implement a film project dedicated to the Great Silk Road.

Also Uzbekkino signed a contract with the director, producer and TV presenter Valdis Pelsh. It envisages the creation of a futuristic film about three renaissances and New Uzbekistan.