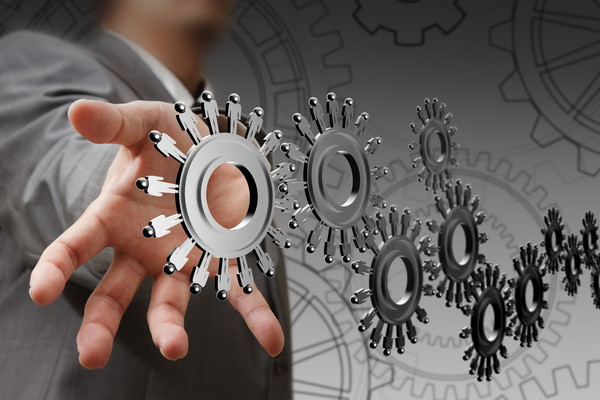 Industrial cooperation: foreign experience in the development of production

Industrial cooperation: foreign experience in the development of production

Tashkent, Uzbekistan (UzDaily.com) -- Industrial cooperation is considered by many countries as a tool to achieve high production efficiency through division of labor, specialization, rational use of available production and technological capacities and optimization of the use of all types of resources.

I. The specified model of the organization of production has spread rapidly, especially over the past 20 years and has become one of the essential factors of high rates of economic development both in developed industrial countries (Japan, USA, EU) and in developing countries (India, China, Vietnam, Turkey and etc.).

According to expert estimates, the share of industrial cooperation in the manufacturing industry of developed industrial countries fluctuates in the range of 25-35%, and in the production of electronic equipment, road construction equipment, aircraft and a number of other types of products reaches 50-70%. According to Nikkei estimates, out of approximately 10 thousand parts that make up a modern car, 9.8 thousand are produced on the basis of industrial cooperation, incl. cross-country.

Experts highlight the following main advantages that the economy receives from the development of industrial cooperation.

As noted by Bloomberg, in the face of a chronic shortage of funds in developing countries, their participation in industrial cooperation is one of the most effective measures for technical re-equipment of industry, expansion of the export orientation of production, achievement of international standards for product quality and increase in employment.

II. Among specialists, the experience of the PRC of one of the leading countries in the development of industrial cooperation is of great interest. A feature of Beijing’s industrial policy is its so-called. bilateral in nature, when the country simultaneously attracts foreign industrial companies to the country and transfers production facilities abroad.

China is currently the world’s largest producer of over 220 categories of industrial products, including steel, cement and automobiles, with 38% of the world’s machine tools, 41% of ships, and 60% of power generation equipment. At the end of 2018, 61 thousand enterprises with foreign investment were created in China, with more than 30% in industry. At the same time, the number of Chinese-owned companies abroad has increased to more than 20 thousand.

As noted by Chinese Foreign Minister Wang Yi, strengthening industrial cooperation is an important part of building a new type of international relations, involving mutually beneficial cooperation. China is willing to work with other countries to transfer technology, create more jobs, and thereby change the status quo of imbalanced development and inequitable distribution of resources in the world.

China identifies the following key principles in the development of industrial cooperation with foreign countries.

First, a balanced approach to the interests and principles of their partners. Chinese companies are required to strictly abide by the law when doing business and fulfill their social obligations, incl. when investing abroad.

Secondly, a win-win cooperation, which presupposes the promotion of industrial cooperation in a pragmatic and effective manner, based on equality and mutual benefit.

Third, openness and inclusiveness, according to which China intends to act in strict accordance with market principles, follow accepted international practice and support companies in independent decision making and exclusive responsibility for their own profits and losses.

III. According to observers, international industrial cooperation in Uzbekistan is still at an unsatisfactory level.

The following reasons are identified as the main constraining factors: a) incompleteness and insufficient activity of the processes of privatization and restructuring of industrial enterprises; b) underdevelopment of the industrial outsourcing market; c) frequent volatility of the regulatory framework and its low congruence with international standards; d) a high gap in the level of import duties on components and finished products, which, in many respects, explains the creation of formal cooperative production of the assembly profile of the so-called. "Screwdriver assembly"; e) lack of specialized institutions that provide information to search for partners; f) low efficiency of organizing the activities of the SEZ.

2. Improvement of the business environment, which provides, in particular: a) acceleration of the privatization of state assets in order to stimulate the inflow of foreign capital and technology into industry; b) optimization of tax and customs-tariff regulation in the industrial sphere; c) reducing administrative barriers and ensuring the required quality of law enforcement practice, etc.