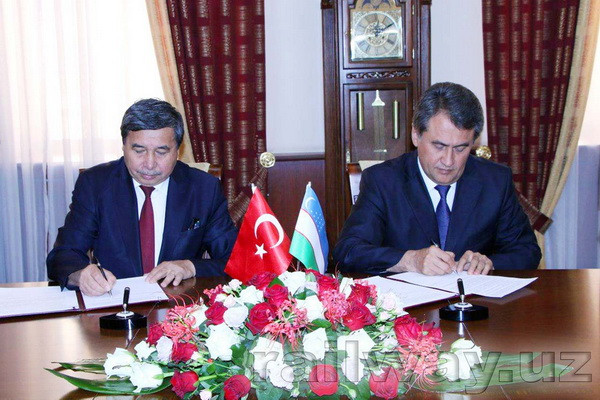 At the round table meeting, negotiations were held to further strengthen bilateral ties in the field of railway transport and increase rail traffic.

During the conversation, new directions in freight traffic were also identified. They also discussed the creation of a bilateral working group to work with increasing the volume of transportation of railways of Uzbekistan and Turkey through the Baku-Tbilisi-Kars transport corridor and the Turkmen-Iranian railway links.

Opinions were also expressed on the widespread use of container traffic in the implementation of mutual export-import services. Particular attention was also paid to the issues of free movement of freight cars of Uzbekistan Temir Yollari in Turkey, their maintenance.

Following the meeting on the issues discussed, a corresponding agreement was signed, which, among other things, contains a clause on the conditions for the free movement of freight cars belonging to Uzbekistan Temir Yollari in Turkey, which also defines favorable conditions for short-term and safe delivery of goods by Uzbek entrepreneurs in Turkey and Europe.