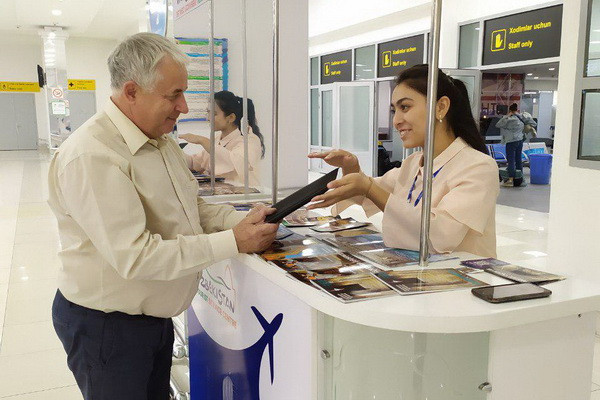 Tashkent, Uzbekistan (UzDaily.com) -- The administration of airports and railway stations in Uzbekistan is working to improve the quality of services, improve the information environment, including the creation of tourist information points, navigation systems and other, to provide additional amenities and safe tourism for foreign citizens, the State Committee for Development of Tourism press service said.

At the airports, train stations and other tourist facilities of the country, rental points for special tablets for foreign citizens have appeared. Tablets are provided as requested by tourists. They have all the necessary mobile applications for tourists traveling in Uzbekistan.

In 2018, the sale of special SIM cards for the convenience of tourists was launched at airports, train stations and other tourist facilities of the republic.

These SIM cards, created as an alternative to roaming, can only be purchased with a passport of a foreign citizen.

In addition, it is planned to launch rental services for mobile phones and WIFI routers in tourist facilities of the country.