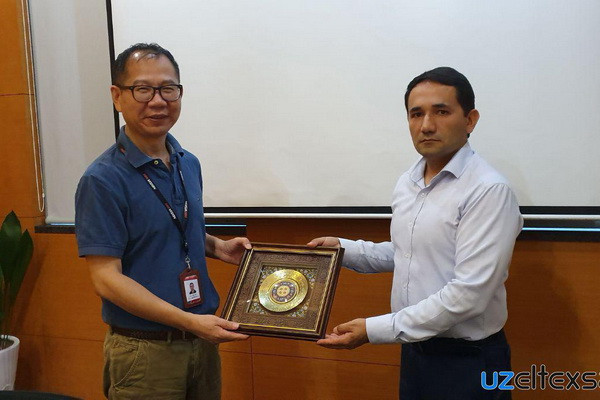 Tashkent, Uzbekistan (UzDaily.com) -- A delegation led by the chairman of the Uzeltehsanoat Association Mirziyod Yunusov recently visited a number of cities in China and held negotiations with many investors. The first destination was Hikvision, one of China’s largest surveillance camera manufacturers. There, he met with Vice President of Hikvision International Business Center, Kin Yao.

During the negotiations, they discussed issues of further development of business cooperation between the two countries, implementation of new promising projects, expansion of production capacities of this large company in the market of Uzbekistan.

Currently, the company produces various types of video cameras, video walls, access control systems, intercom and security signals. Hikvision products have been successfully used in more than 150 countries. It should be noted that the company has been operating in Uzbekistan since 2011.