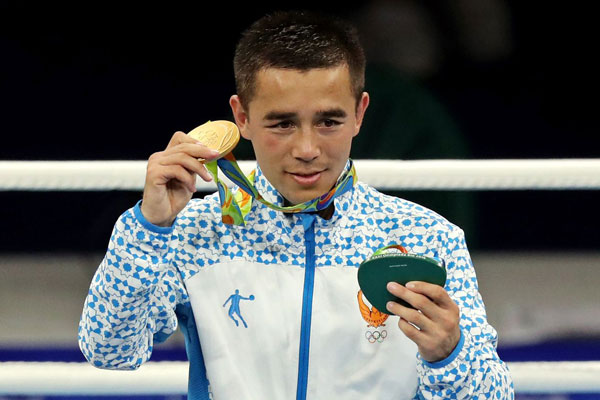 Hasanboy Dusmatov signed a promotional contract with promotion company Golden Gloves of South Africa. The details of the contract were not disclosed

“You watch this kid and can’t believe how good he is,” Promoter Rodney Berman said. “Gennady Golovkin charted the course for Eastern Europeans becoming superstars in the west. We intend to do the same with Hasanboy, who is also charismatic and just a tremendous boxer. He isn’t amateur in the traditional sense, but a completely rounded boxer.”