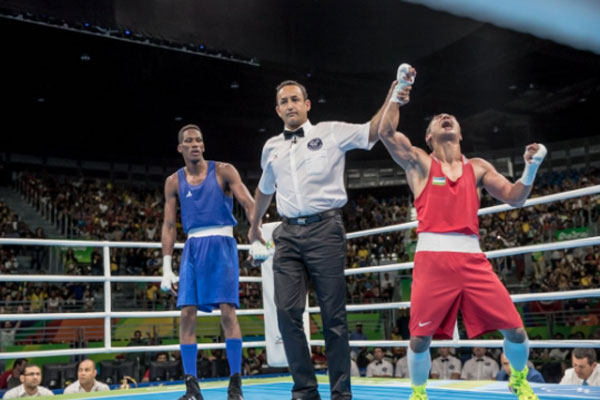 Tashkent, Uzbekistan (UzDaily.com) -- Boxer Fazliddin Goibnazarov became the champion of Olympic Games in Rio de Janeiro (Brazil) in the weight category of up to 64 kg.

Fazliddin Goibnazarov defeated Lorenzo Sotomayor of Azerbaijan in the final bout to become the gold medalist of Olympics.