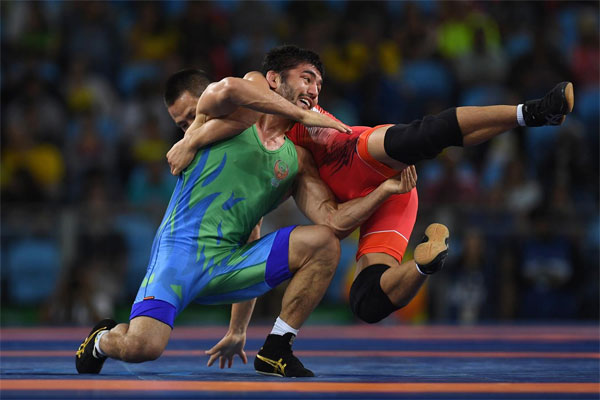 In the weight category up to 65 kg Ikhtiyor Navruzov defeated Mandahnaran Ganzorigi from Mongolia with the score 8-7 and clinched the bronze medal of Olympics.