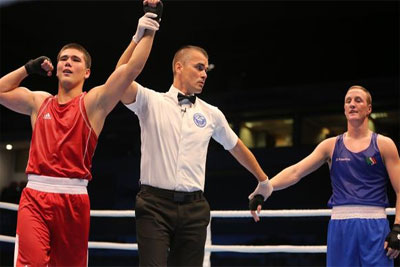 Tashkent, Uzbekistan (UzDaily.com) -- Boxer Bektemir Melikuziev ensured that he wins at least silver medal of the Olympic Games in Rio de Janeiro (Brazil), after he advanced to the final in the weight category of up to 75 kg.

The Uzbek boxer defeated Misael Rogriguez from Mexico with the score 3-0 and advanced to the final bout.

Bektemir Melikuziev will face Arlen Lopez of Cuba in the final bout. The Uzbek boxer already ensured that he wins the silver medal of Olympics.